A new decade has begun in earnest and everyone is back at work – it seems to come around quicker each year! We decided to take a look back over the last 12 months, and review everything Team Jelly achieved in 2019…

The start of the year felt very much like awards season; we were thrilled to find out that Jelly had been nominated for no less than four awards: Community Management of the Year – MCV Awards, International Business of the Year – FSB Celebrating Small Business of the Year Awards, and two Red Rose Awards – Creative Business of the Year and International Achievement of the Year.
It wasn’t all glitz, glamour and receiving accolades, however. We coordinated and managed a community esports engagement (including tournaments) on behalf of AVFC Gaming, we brokered a sponsorship package between World of Tanks and rising MMA star Aaron Pico, and still had time to undertake a brand activation, promoting and creating content for a World of Warcraft event hosted by Red Bull Esports.

The World of Warcraft event the previous month kept the team busy for eight days, concluding on February 6th. Over 100,000 viewers watched the event – a fantastic result for our client, Red Bull Esports. One of our overseas clients, Koch Media Nordic, released AAA title Metro Exodus for which we curated content across the brand’s Facebook and Twitter accounts.
The PES League Season 2 National Finals started right at the end of February, requiring input from several Jelly departments: our event management and logistics crew ensured the smooth coordination and delivery of the event as a whole, the web development team built and maintained a multi-lingual website, the design team provided eyecatching visuals, whilst our social & community team produced fresh, dynamic, engaging content for the duration of the tournaments. 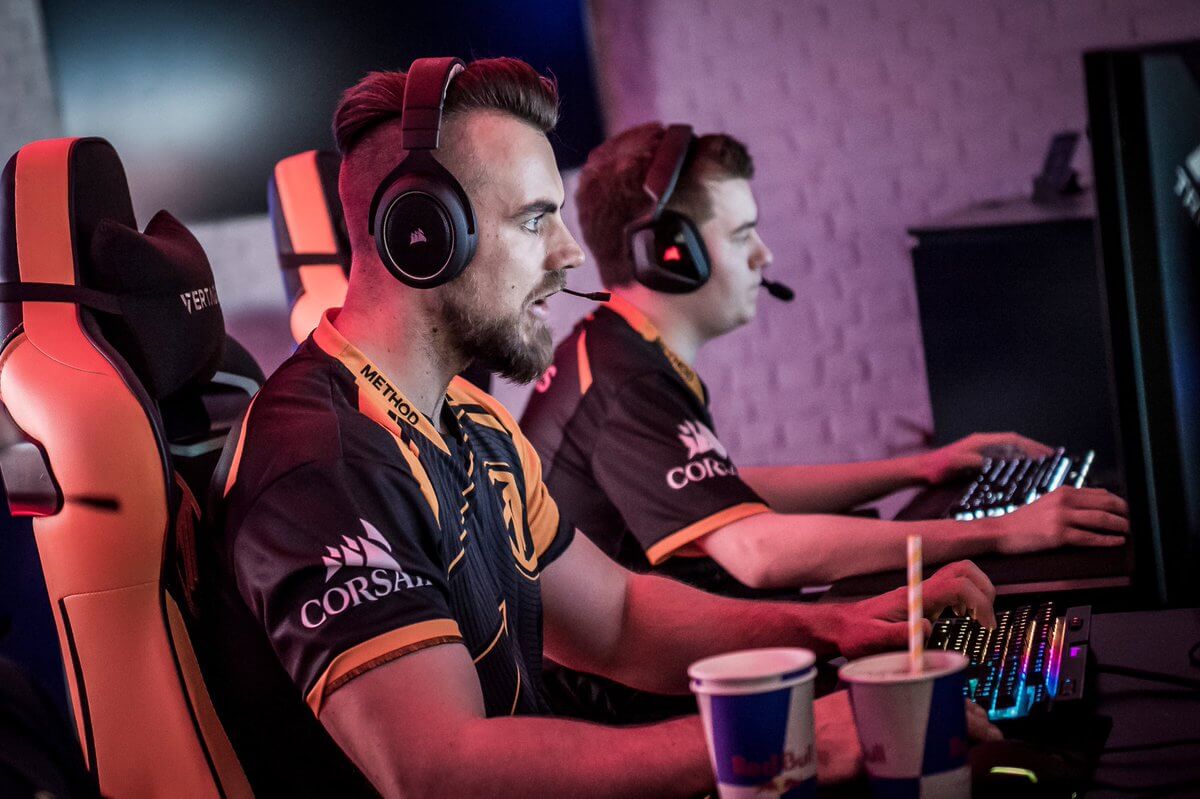 The PES League Season 2 National Finals continued up to and including the 8th March, after which our hardworking team made their way home for some very well-deserved rest and recuperation.

We celebrated Jelly reaching the ripe old age of 19 in April, beginning a very exciting and busy month for the team (our official birthday is actually March 22nd but if two birthdays is good enough for HRH, then it’s good enough for us!). We were asked to deliver a marketing content plan for the FACEIT PUBG Global Summit esports event in London. Our designers produced a selection of mock film posters paying homage to some movie classics, alongside a cinematic trailer and we headed to Barcelona to launch the event with a skydive. The PES League Asia and PES League EU Regional Finals took place in Tokyo and Portugal respectively. 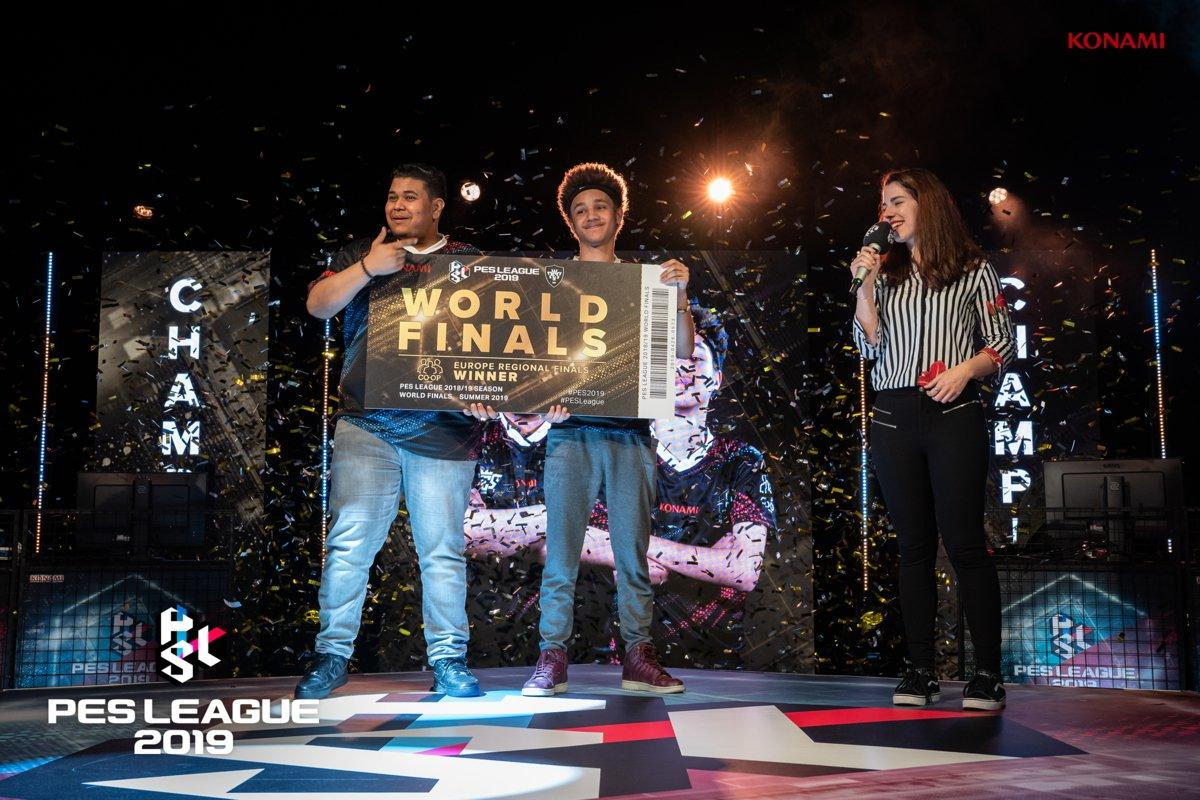 The last leg of the PES League Regional Finals was held in Mexico City, so we waved goodbye to a chunk of the team yet again, we certainly racked up some air miles in 2019! The rest of us were kept occupied with the promotion of two more game releases from clients: Saints Row the Third (on Switch) from Koch Media Nordic, and the Castlevania Anniversary Collection from Konami UK.

More jetsetting occurred in June, as we sent a delegation (a Jellygation?) off to sunny LA to attend one of the world’s largest gaming expos, E3. There were a number of office volunteers who selflessly offered themselves up for the trip, alas spaces were limited and we needed staff back at HQ to ensure that the PES League World Finals group draw, held in the Jelly studio, went smoothly.
Two weeks after the draw, the PES League World Finals were held at Arsenal FC’s Emirates Stadium in London where 16 1v1 players and eight CO-OP clans battled it out to become PES League World Champions. We were proud to be able to deliver the event with new sponsors Red Bull, Scuf and Philips Hue, which all had products showcased during the World Final broadcasts. 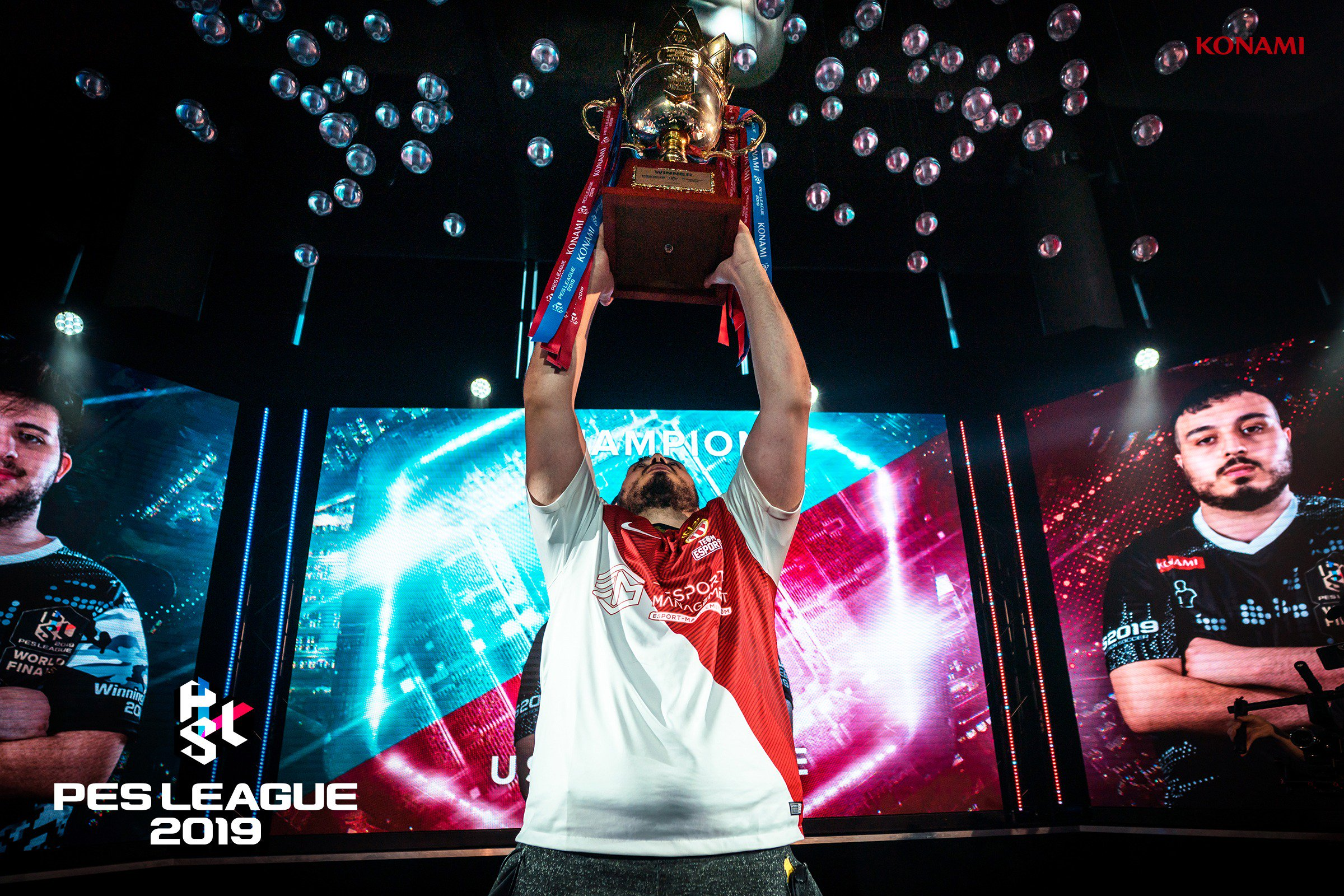 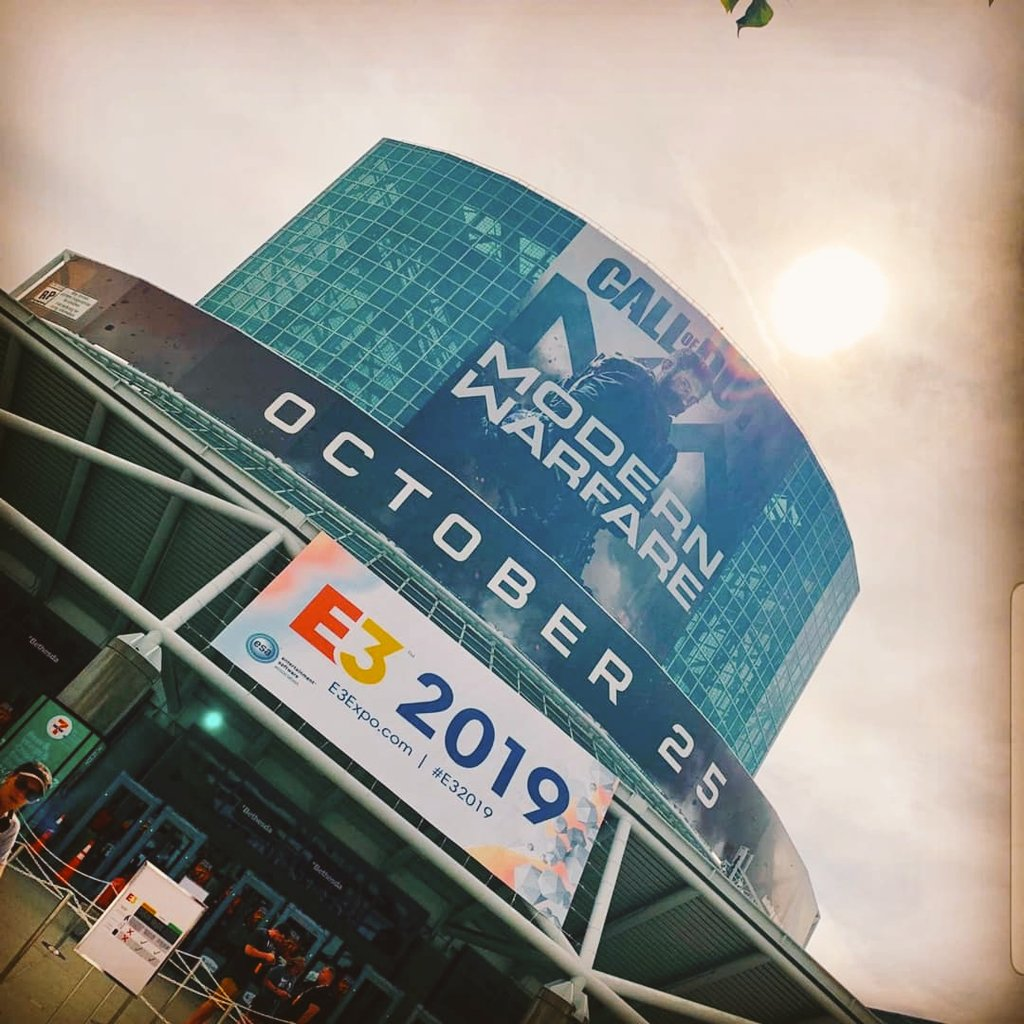 July was shaping up to be a calmer month, until our managing director decided to hurl himself from an aircraft. Lee raised an astonishing £500 for local charity Trinity Hospice and Palliative Care Services, a brilliant organisation based right here in Blackpool.
We were excited to be asked along to a very exclusive (we were one of only 50 invited attendees) day event at Salford University, The Value of Esports, where we got to mingle with industry leaders, research experts, and esports professionals, taking the opportunity to learn more about the future of esports and how research can assist the industry and enable its future growth.
We rounded off the month assisting our client Koch Media Nordic in the promotion of its latest distribution title, Wolfenstein Youngblood.

August saw Team Jelly working with our client Konami UK to promote the Nintendo Switch release of Yu-Gi-Oh! Legacy of the Duelist: Link Evolution. The remainder of the month was mainly taken up by fairly large ongoing projects, the eFootball PES 2020 Bus tour and accompanying OOH (out of home) advertising campaign.

The bus tour took place over three weeks prelaunch, and included design, logistic management, and the promotion and running of mini tournaments and online competitions. Additionally, we brokered a partnership between our client Konami and Astro Gaming for the provision of prizes and giveaways. The tour was a great success among the PES community, easily achieving its aim of raising brand awareness of the game and its release.

The OOH ad campaign ran for two weeks prior and post game launch. We were tasked with creating a strategy to boost sales. We achieved this by designing and arranging the placement of both motion and still adverts on billboards and advert screens throughout the UK.

If that wasn’t enough, some of the team clocked yet more air miles heading to Gamescom, the largest European trade fair for video games held annually in Cologne, Germany – and a fantastic opportunity to network and catch up with industry friends. 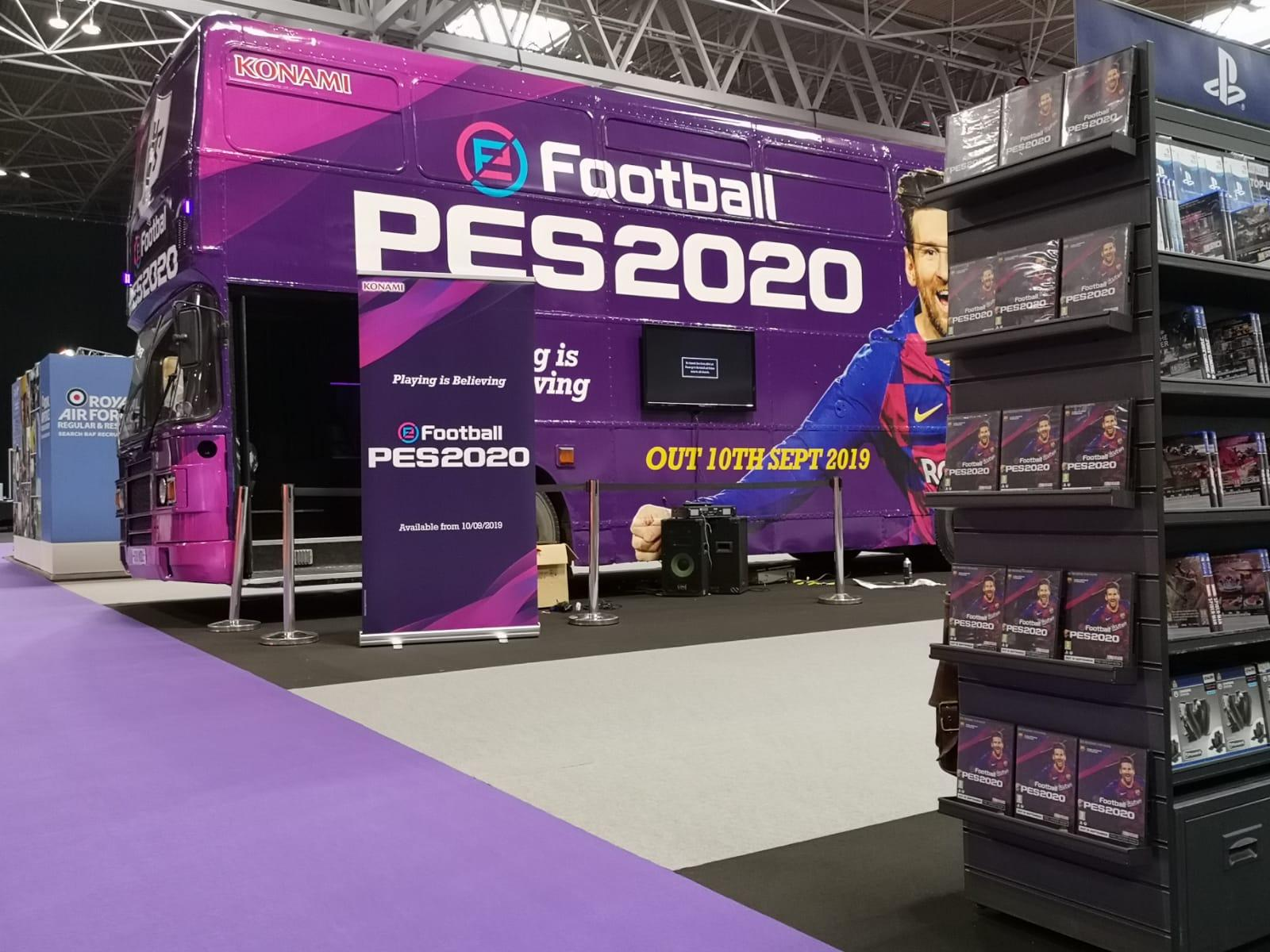 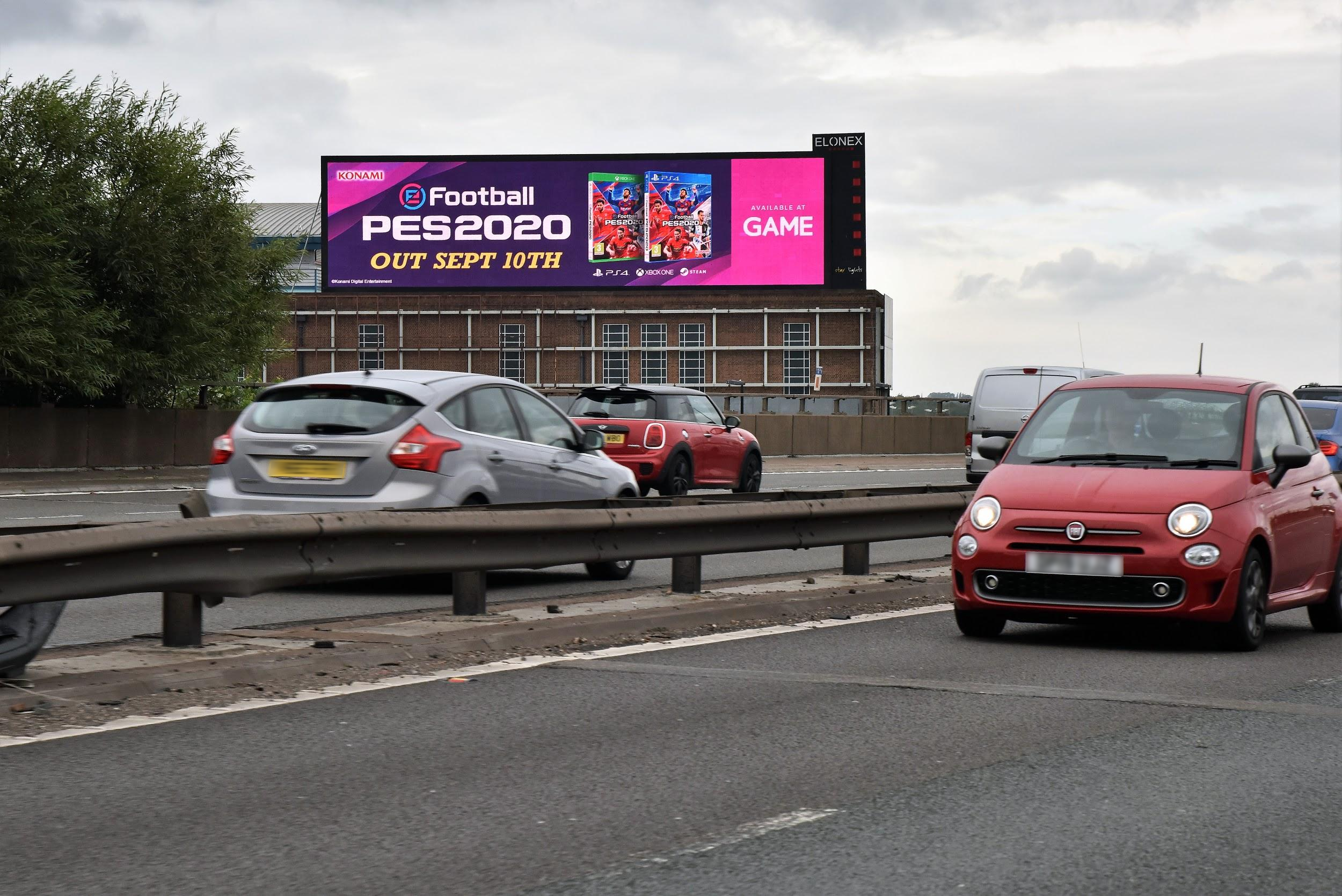 The team kicked off September very fittingly by hosting the Score Against Cancer charity livestream in our very own studio for the third year running. SAC was created with the intention of bringing together the footballing community to raise awareness and funds for Cancer Research.

September also saw the hotly-anticipated release of two Konami Digital Entertainment titles, eFootball PES 2020 and Contra Rogue Corps. For the launch of eFootball PES 2020, we coordinated and sent out over 70 gift boxes to various influencers and community members worldwide. We contracted a number of high profile content creators such as Bateson87 Manny, TBJZL, and EthanGamerTV to publish sponsored PES videos upon release of the game, enabling us to reach over 5 million combined YouTube subscribers.

Finally we were tasked with creating a full social campaign to promote Contra Rogue Corps, across the Konami Europe Twitter and Facebook channels, mainly featuring bespoke asset and copy creation.

October saw yet another game launch for our client Koch Nordic, we supported the release of racing game GRID via digital promotion on the client’s social media accounts.
Some of the team headed down to London to attend EGX 2019, the yearly trade event for the UK games sector, for many meetings with potential new clients as well as keeping up with all the latest industry news.

To kick start the launch phase of CI Games’ Sniper Ghost Warrior Contracts marketing campaign we planned and delivered an immersive, 4-part, gun-based activation at an abandoned prison. We blurred the lines between in-game and IRL action to give our press, media and influencer attendees a truly experiential adventure. 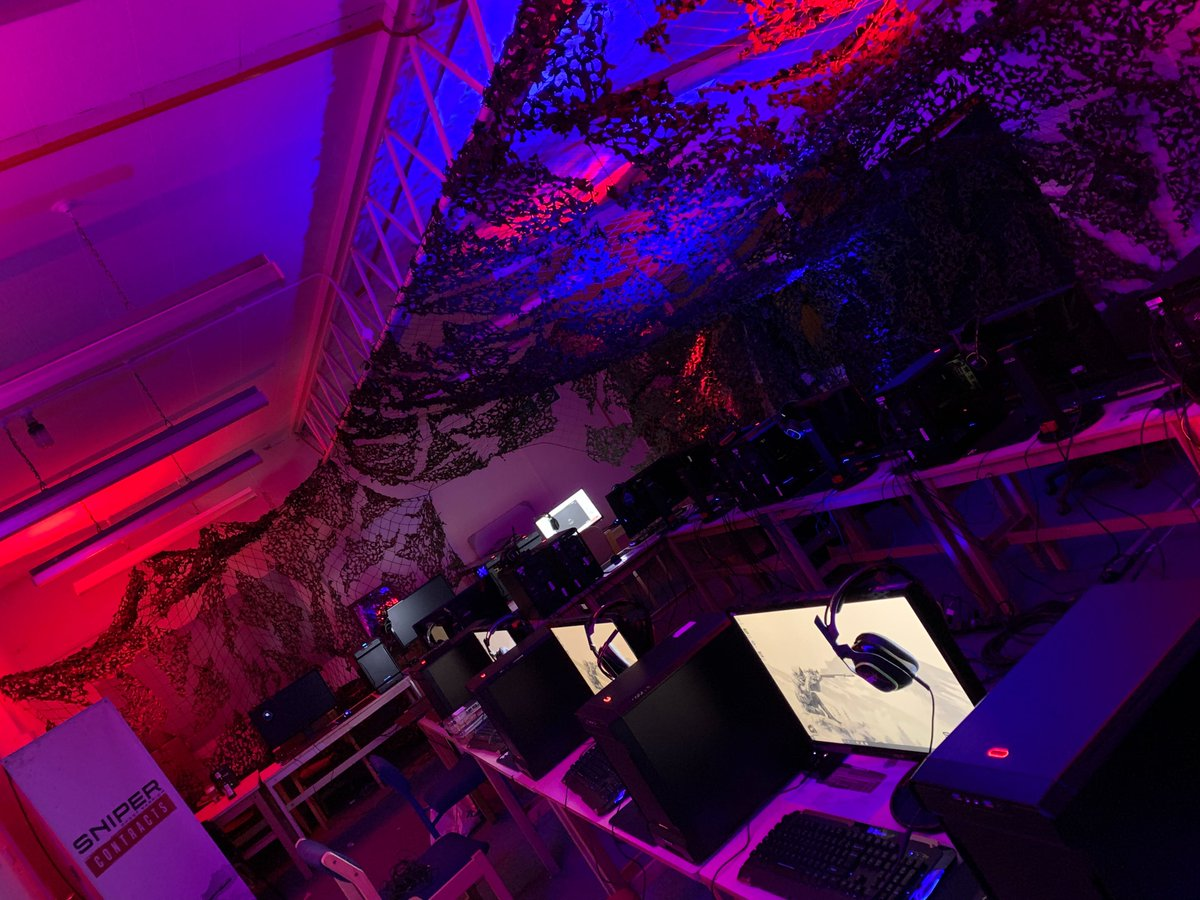 We invited local independent charity Blackpool Carers along to the Jelly studio to take part in a streaming masterclass. The masterclass achieved its aim of providing the young carers with a fun and interactive activity whilst fostering an interest in broadcast and video production.

Our work with CI Games’ Sniper Ghost Warrior Contracts continued into November, we utilised our inhouse game capture software to create unique still and motion assets for the client’s social channels, to be used in the build up to the game’s release on 22nd November.

It was yet another hectic month for our client Koch Media Nordic, with the release of the eagerly-awaited Shenmue 3 and Sega’s Football Manager 2020, which we supported with social media content designed to raise the profiles of both games.

We then began work for an indie games developer, with a view to promoting a Kickstarter campaign to raise funds for its latest title, using Twitch and specially created trailers and a website – we’re looking forward to announcing this one over the next month or two!

The last month of the year was a welcome change in pace for the team, and we took some time to reflect and analyse what we had learned and experienced in 2019, as well as tailoring and implementing a full social media plan for our client Philips Hue.

Philips Hue sought our help to establish its smart lighting as aspirational products within the gamer demographic. We worked with three large gaming/entertainment influencers – Bateson87, CyborgAngel & ASBYT – to raise awareness of Philips Hue products, reaching millions of game fans via the content put out in their streams, video content and on social media channels.

2020 is shaping up to be another exciting year ahead; we’re looking forward to lots of exciting new projects, as well as reaching the ripe old age of 20!

Need Jelly’s help to improve your brand’s presence online? Get in touch at info@jellymedia.com!