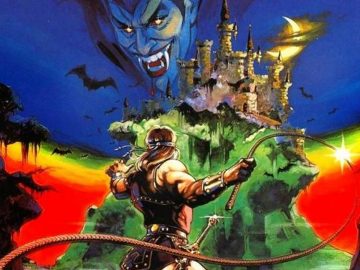 Castlevania is a game franchise spanning six console generations with numerous handheld iterations, which has recently been turned into a hugely successful Netflix series. So it’s no surprise that Konami wanted to go back to the roots of one of its most treasured IPs to celebrate the company’s 50th anniversary. Castlevania: Anniversary Collection was released in May 2019 and Jelly was thrilled to have been asked to help generate exposure at launch. The budgets we had to play with were relatively small (as one might expect for the remakes of 30 year old games) so we had to be quite creative with our content strategy.

We understood that raising awareness for Castlevania: Anniversary Collection among fans of the series – and retro games in general – was crucial. To do this, we sought to whip together (pun intended) a small bunch of gaming influencers whose audience demographics mirrored those of the products. We knew as well that if we combined this gaming audience focus with content in multiple languages, and across several platforms, we could amplify the title’s reach further still. With these factors in mind, we chose to work with  KeysJore, Kenobisboch & SquidGame, who collectively boast a total of 1.2 million followers across their channels.

KeysJore publishes regular and varied gameplay videos on YouTube to a large audience with broad gaming tastes. With this in mind, a classic gaming brand like Castlevania should appeal to many previously converted fans, whilst also intriguing those less familiar with the origins of such a famous video game series. KeysJore’s content represented a means of reaching a large audience that, as a Swiss German language YouTuber, still retained a linguistic demographic focus.

Kenobisboch, meanwhile, streamed content on YouTube live. The Italian content creator filmed himself playing the game to a live audience which interacted in the stream’s chat, making the content an engaging experience for fans. UK-based SquidGame broadcast her gameplay on Twitch, broadening the content’s potential reach further with platform diversity and ensuring accessibility for English language speakers.

By selecting influencers that offer this variation in language, platform and delivery method, we were able to ensure that our client’s intended content reached a large audience, whilst simultaneously maintaining focus by tapping into a fanbase with relevant key interests. This balance in achieving audience breadth and focus is a vital aspect of influencer marketing, and one that Jelly has developed a strong understanding of during our years of experience in this sector. Oh, and it helps that we love classic video games too!

Need Jelly to deliver focused promotion for your product through influencers? Get in touch with us at info@jellymedia.com and take advantage of our skilled marketing team & influencer contacts, for a campaign specifically tailored to your needs.