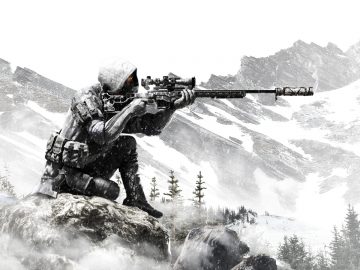 CI Games is a worldwide publisher, developer and distributor of interactive entertainment, with operation offices in Warsaw, New York and Amsterdam. Their portfolio includes the highly acclaimed multi-million seller Lords of the Fallen and the Sniper Ghost Warrior franchise with over 7 million copies sold worldwide.

Tasked by CI Games to create a promotional campaign for the upcoming entry in the Sniper Ghost Warrior franchise, Sniper Ghost Warrior: Contracts (SGWC), Jelly carefully curated a bespoke campaign with a core focus to increase awareness of the game, and sell it to the target audience with the help of influential content creators.

Our strategy was to utilise key content creators and their audience to amplify the Title’s reach. 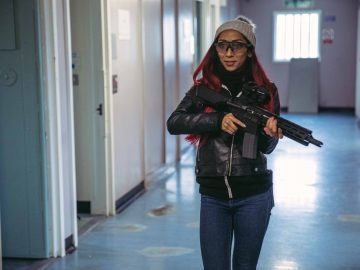 Utilising our contacts within the gaming industry, we reached out to top influencers such as: Arekkz Gaming, GameRiot, TommyT999, TSM and more who in total achieved a potential reach of over 32 million and racked up over 10 million impressions. Their YouTube videos and Twitch broadcasts also had a huge combined total watch time of 180,000 hours which contributed hugely to the campaign.

For more on influencer engagement, check out our article here: jellymedia.com/influencers-sgwc/ 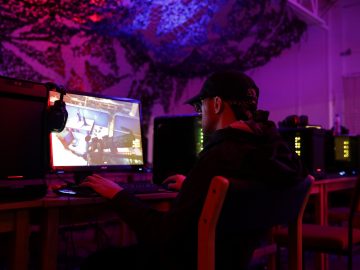 Late in October 2019, we set up an exclusive, VIP only event at an abandoned prison in Rutland. During the event, guests were tasked with playing the role of the seeker, the main protagonist in SGWC. The attendees took part in a variety of immersive missions under varied, challenging circumstances. We also designed and constructed a designated gaming room where influencers could get hands-on with the latest build of the game, enabling them to capture video footage to share with their audiences.

For more on how we arranged the event and what featured on the day itself, check out our article here: jellymedia.com/the-ultimate-seeker-event/ 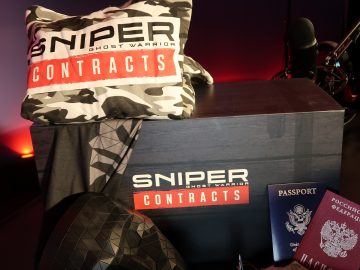 We wanted to leave a lasting, positive impression of SGWC on the influencers, and to help achieve this, we created a bespoke gift box full of game merchandise. These boxes were suitable for distribution to influencers and partner agencies around the globe, as well as doubling as commemorative gifts for CI Games staff members. In the end, over 100 boxes were created and distributed to a mix of influencers, press and community members in countries such as Poland, Germany, Australia and the USA.

For a more detailed breakdown of our SGWC gift boxes, check out our blog post here: jellymedia.com/creating-the-safebox-for-ci-games/

Tasked with supporting the launch of Sniper Ghost Warrior: Contracts; we delivered an immersive event for VIP guests, an engaging influencer & social media campaign, and produced bespoke gift boxes to recipients across the globe.  SGWC released to the public on 22nd November 2019, bringing an end to another successful project for the Jelly team.