This Friday, content creators from across the UK will be heading to the Jelly studios for the Score Against Cancer 2018 charity livestream. It’s an honour for us here at Jelly to be hosting this event for the second year running, and after the huge success of 2017’s stream where over £1000 was raised for the Bobby Moore Fund and Cancer Research UK, we’re hoping to go even bigger this time round!

Score Against Cancer is the brainchild of Ash Francis (AKA Shogun FC), a popular content creator within the Pro Evolution Soccer community. Ash created Score Against Cancer with the aim of bringing together the footballing community to help raise money and awareness for Cancer Research through the power of the beautiful game. As mentioned earlier, last year’s debut Score Against Cancer campaign proved to be a big hit, raising over £1000 for Cancer Research UK and the Bobby Moore Fund who work specifically with the football community in the fight against bowel cancer. 2018’s SAC campaign is off to a flyer after streams from fellow content creators ItsDavidFish and IceCreamUploads have already raised £315 in donations. With the main event still to come, we’re confident of smashing last year’s total and raising even more for charity!

If you want to donate you can do so HERE.

Having previously hosted esports shows such as ‘PES League Live’ on behalf of our client Konami, the Jellymedia studio is perfectly equipped to deliver a professional and engaging Score Against Cancer stream for the second successive year. Our studio is packed full of high quality streaming equipment from brands such as CORSAIR, Turtle Beach, Blue Microphones, Elgato, Samsung, Panasonic, Avermedia and GT Omega Racing. We’ve put together a gallery below to give you an insight into what makes our studio tick. 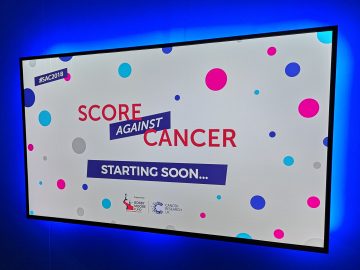 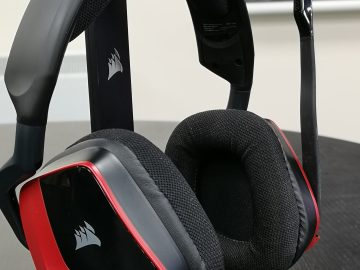 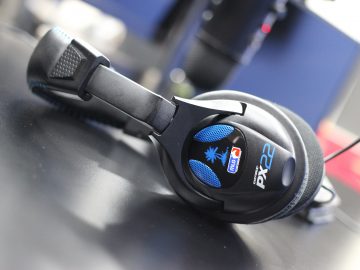 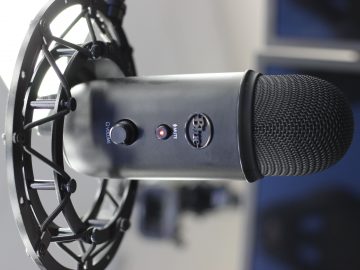 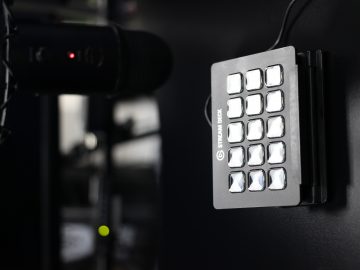 The stream itself will get underway on Friday afternoon and will be hosted by Shogun, Micah Fanimo, Toby Lee and Jelly’s own Graham Day. Viewers will be able to get an extended, exclusive look at an early build of Pro Evolution Soccer 2019 which has been kindly provided by Konami for use on stream. Some of the finest PES players around, including The Vernimator, The Wezzatron and Precision will be putting the game through its paces – all for your entertainment. There’ll be a series of prizes up for grabs too! Viewers will have the chance to bag themselves some PES branded hoodies and shirts, a copy of the soon to be released PES 2019 and much more!

Score Against Cancer 2018 is an event not to be missed. You’ll be able to watch all the action as it unfolds HERE

For more info about Score Against Cancer, be sure to check out their Website.